Call it X-Men 2 or X2 or X-Men United (whatever), this is the second movie in the franchise Bryan Singer kicked off three years earlier. I already reviewed the first film, which I really enjoyed, so the question is… does this one hold up to expectations? Short answer: yes, it does. But I guess a more elaborate answer would be appreciated, so here we go.

As the first one, X-Men 2 is directed by Bryan Singer and stars pretty much the same actors, such as Hugh Jackman (once again delivering a great performance as Wolverine), Patrick Stewart and Ian McKellen. It’s an all-stars line-up that works perfectly, every character is incredibly portrayed, and the chemistry among them is greatly improved over the original X-Men. 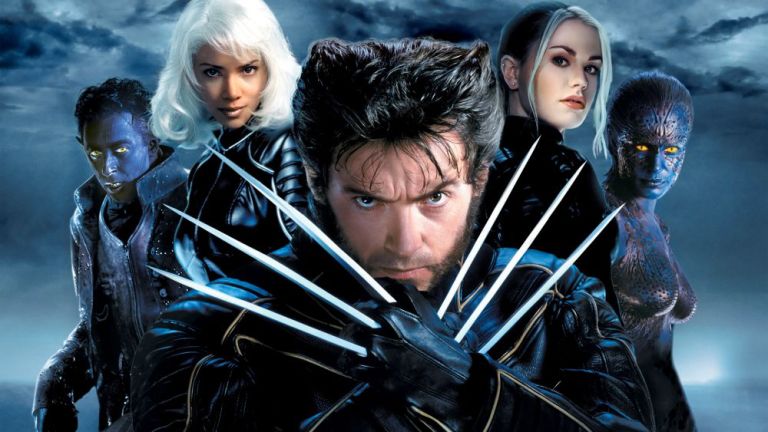 Unfortunately, the plot is way too similar to the first one, as the very same “Mutant registration act” is brought up again, which results in… well, pretty much the same results: Magneto wanting to kill every single non-mutant (a.k.a. humans) on Earth in order to make sure no one will stop evolution. However, this film explores in more depth the past of Wolverine as he discovers that Colonel Stryker has much to do with it. This turns out to be a very interesting subplot, and makes Logan’s story much more interesting.

Relationships between different characters are surprisingly deep, specially that between Logan and Jean. Rogue’s love story with Iceman, while cliched, is pretty good and enjoyable, actually. But by far the best dialogue can be found in the conversations between Xavier and Magneto, whose ideas are interesting despite sounding very cheesy, as everyone should expect in a sci-fi movie that tries to explain mutation with actual science.

The action in greatly improved on this one, too. Some CGI still looks dated (once again, the jet looks very cartoony, specially when it lands in the snow), but overall, the stunt-work is improved quite a lot. And this is visible from the very beginning, as Nightcrawler tries to murder the president.

Towards the end of the movie, the screen time of certain scenes make the third act drags a little bit too much. This is a small flaw as everything depicted on screen is interesting enough to keep the viewer’s attention, but the rhythm is definitely affected there.

All in all, this movie offers, once again, a very enjoyable superhero blockbuster experience. Even if some (in fact, quite a lot) of improvements have been made to try to improve the formula introduced three years before in X-Men, the fact that this sequel is way too similar plot-wise and it has some rhythm-related issues make this one slightly less exciting than the original movie. However, the added depth and character evolution make up for those mistakes, so this ends up being a competent, up-to-par sequel that won’t let down the audience, not even the fans of the mutant franchise. 7/10